VILLAGE OF FREDONIA,NY
From Wikipedia
The village that is now Fredonia was most likely first occupied by early Mound Builders, then the Erie people (13th to 17th centuries), then the Iroquois (specifically, the Seneca).[5] In 1791, Robert Morris purchased the Fredonia land from Massachusetts and sold it to the Holland Land Company.[5] Parcels were sold to pioneers around 1800, and the first settlers came around 1803 or 1804.[5]

In 1821, William Hart dug the first well specifically to produce natural gas in the United States on the banks of Canadaway Creek in Fredonia. It was 27 feet (8.2 m) deep, excavated with shovels by hand, and its gas pipeline was hollowed out logs sealed with tar and rags.[6] It supplied enough natural gas for lights in two stores, two shops and a gristmill (currently the village's fire station) by 1825. Expanding on Hart's work, the Fredonia Gas Light Company was formed in 1858, becoming the first American natural gas company. A stone monument in downtown Fredonia marks the site of the first gas well.
The village of Fredonia was incorporated in 1829. The area's original name was Canadaway (from the Indian word Ganadawao, meaning "among the hemlocks"). The name "Fredonia" was coined by Samuel Latham Mitchill, coupling the English word "freedom" with a Latin ending. He proposed it as a replacement name for the United States. It failed in that regard, but became the name of many towns and cities.[7]
Established within 20 years of the founding of Fredonia, the Fredonia Academy was the first higher educational institution in Chautauqua County. It was started in 1824 and opened in 1826. The academy became a State Normal School in 1866. On August 8, 1867, the cornerstone of the Fredonia Normal School was laid on a site where the Old Main building stands today. The Normal School used the academy's building, which stood on the site of the present village hall, until the Old Normal was completed in 1868. The Fredonia Normal School is now One Temple Square and Association, a 91-unit, NY HUD housing project for the disabled and the elderly that was started by Henry F. Sysol, Jr. in the late 1970s. Thereafter the academy building was used for some time as fire department headquarters.
Today the building houses the village offices and includes the 1891 Fredonia Opera House, a former vaudeville theater that fell into disrepair in the 1970s while being operated as a movie house. The theater underwent a complete nine-year restoration in the 1980s by the Fredonia Preservation Society and a cadre of volunteers. It now serves as a year-round performing arts center. In 1930 under the director of the Normal School, Hermann Cooper, 58 acres (230,000 m2) of land west of Central Avenue were bought with the dream that one day it would become a campus. The construction of a music building took place in 1939, and in 1942 the Feinberg Law converted the Normal School into a teachers college. In 1948 the college became a vital part of the new State University of New York (SUNY) system.
In the mid-19th century Fredonia became the home of the first dues-paying Grange. The United States' first Grange Hall was erected in Fredonia in 1868, and the original building (Grange Hall #1) still stands on Main Street. Fredonia was also host to the first meeting of the Woman's Christian Temperance Union, which was held at the Fredonia Baptist Church in 1873.[8]
Italian Immigration
Beginning in the late 1880s, Fredonia began seeing a large number of Sicilian immigrants from Valledolmo, Sicily. Subsequent the unification of the Kingdom of Italy many immigrants moved to the lush grape growing region to have a better life and seeking the ability to purchase land their ancestors were denied for centuries by the despotic Bourbon Kings of Sicily. You can still see the impact these immigrants made in growth of the town. Most predominantly, Saint Anthony of Padua Roman Catholic Church, originally San Antonio's, named after the patron saint of Valledolmo, Italy. You can also see the strong Italian influence in the arts, music and culinary traditions which remain similar to foods and traditions back in Italy.
During the Olympic torch's trip in the 1996 Atlanta Summer Games, sixth-grade teacher Kate Leary from Fredonia Middle School carried the torch as it went through the town on U.S. Route 20.
The Fredonia State campus was the location of training camps for two major professional sports teams: the Buffalo Bills of the NFL, and the Buffalo Braves of the NBA. The Braves relocated to San Diego (as the renamed San Diego Clippers) in 1978, and the Bills moved their training camp in 2000 to St. John Fisher College near Rochester, New York.
Samuel L. Clemens, better known as Mark Twain, had connections to Fredonia, via relatives.
The Fredonia Commons Historic District was listed on the National Register of Historic Places in 1978.[9] The U.S. Post Office was listed in 1988.[9]
On January 28, 2020, Fredonia was named the winner of the 2020 Small Town Revolution reality show. The show will begin filming in March and will be airing on Hulu and Amazon Prime sometime later 2020. 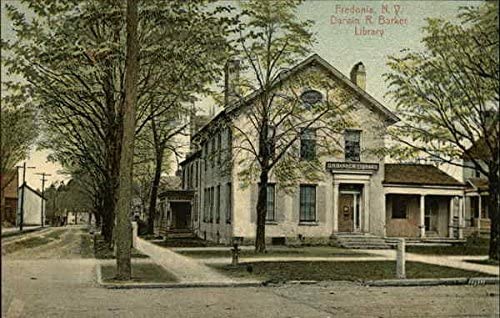 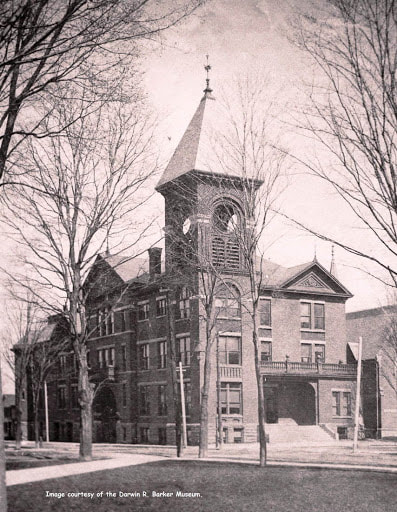